The founder of European Islamic Studies

Memorial exhibition commemorating the one hundredth anniversary of Ignaz Goldziher’s (1850-1921) death, and organized by the Library of the Hungarian Academy of Sciences in collaboration with the Goldziher Institute, aims to commemorate this great humanist and scholar and introduce him to the world through the events of his life and by his work.

“Here laboured day and night the great sage of the East
Here quietly ripened the great works of his brilliant mind,
His name jubilantly made rounds o’er all the wide world,
But faithful till death he stayed to his native soil.”

These couplets of Károly Sebestyén displayed on the commemorative tablet on the wall of the house at Holló St. 4 in downtown Budapest, where Goldziher lived, beautifully express the quiet everyday life of the world-famous scholar, and his adherence to the triple vow which he had made in the spirit of Proverbs 27:10 to be loyal to his forefathers’ religion, to his family name, and his Hungarian homeland. While future generations celebrate in him the founder of Islamic studies, a scholar of great stature, member of Hungarian and foreign Academies, winner of countless prizes and awards, those who knew him in person unanimously asserted that his person was much more than the sum total of his works because the light of his humanity illuminated everyone who became associated with him.

„For my father, the memory of his parents was the subject of a real religious cult.”

The forefathers of Ignaz Goldziher (1850–1921), members of the Goldzieher family, were merchants in Toledo, then later in Hamburg. His great-great-grandparents, Moses Goldzieher (1710–1785) and Chaile Hildesheim settled down in the country-town Köpcsény (Kittsee), one of the so-called Seven communities (Sheva Kehilot) of Burgenland, under the jurisdiction of the Esterházy princes in the 18th century.(…) 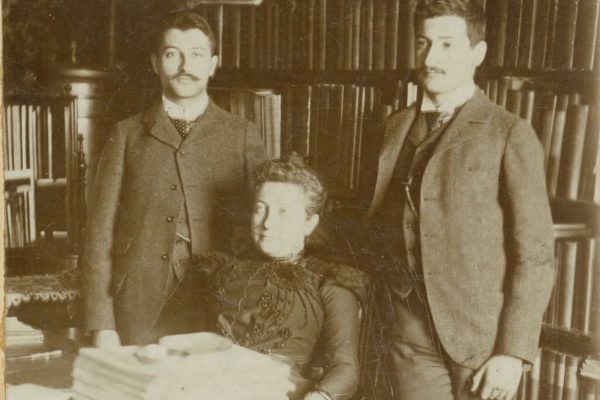 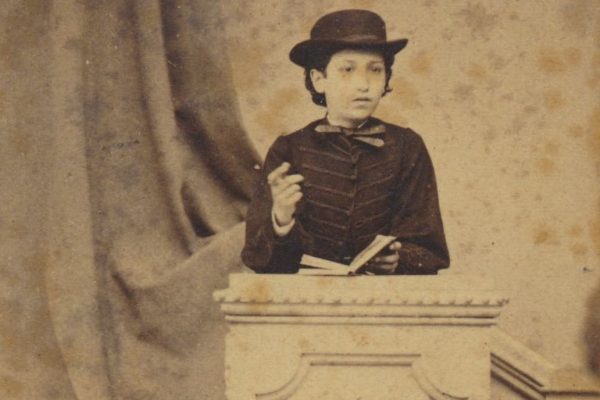 As a child, Goldziher, who had been brought up in the spirit of strict religiosity and commitment to Jewish learning, soon surpassed his classmates. At the age of four he could already read, by the age of five, he had finished reading the book of Genesis and, while attending elementary school in his native city and with the help of private tutors, he delved more deeply into Jewish, especially Talmudic studies.

The year of the Austro-Hungarian Compromise, 1867, was also the year of Jewish emancipation in Hungary. Article XVII of the Bill of 1867, and the enlightened policy of Minister of Education József Eötvös made it possible for Goldziher to pursue further study abroad with a governmental stipend. 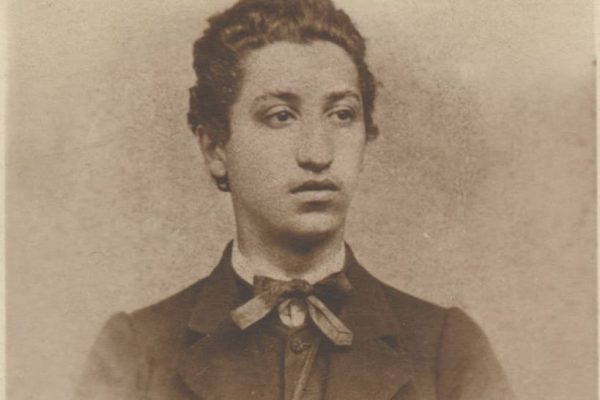 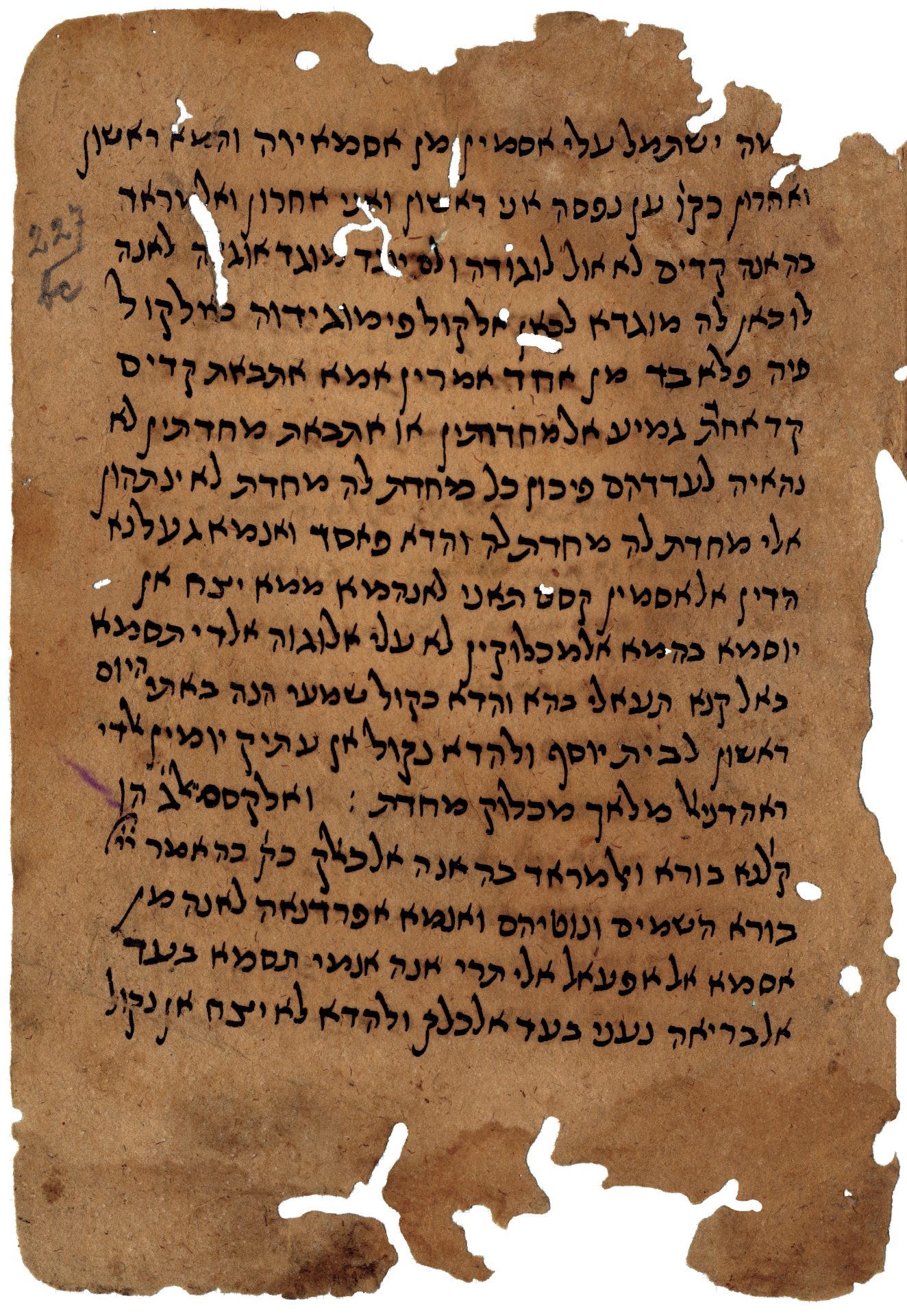 Apart from Arabic and Islamic Studies, Goldziher also made great contributions to Jewish studies. He wrote his doctoral dissertation in Leipzig, 1870, on a 13th century Hebrew lexico­grapher, Tanḥum ha-Yerushalmi. In his youth he was deeply interested in Jewish scholarship that in those days was barely separable from questions of Jewish religious reform. (…)

„Scholarship should be cultivated with enthusiasm”

Ignaz Goldziher’s oeuvre, numbering over 900 items, was extremely diversified, but his main interest focused on Arabic and Islamic Studies. He pursued both fields with the same excellence. Islamic Studies were in fact based on his studies in Europe, where earlier inves­tigations had been characterised by their purely philological approach. (…) 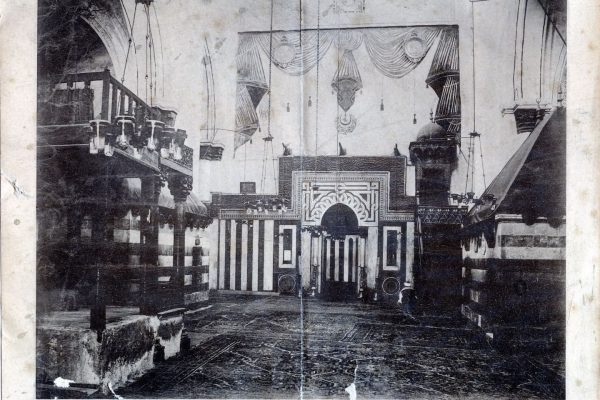 Bibliographical database of publications of Ignaz Goldziher. You can find the items by keyword and other filtering options. Studies are available in digitised form with open access in the REAL repository.
Search in the Bibliographie 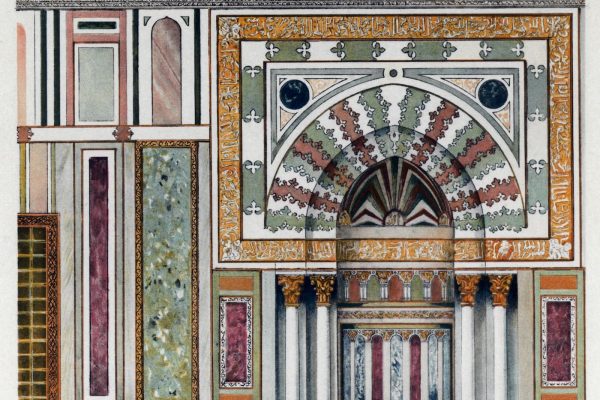 The scholar of Islam

„The undisputed master of Islamic Studies”

Islamic Studies always stood at the forefront of Goldziher’s interest. He was the first to treat Islam as an independent discipline within Oriental studies, and make it suitable for modern scientific enquiries. His activity covered all significant aspects of Islam and he disclosed his results to the world in influential books and scholarly articles.

„A field worthy of my intentions: the educational affairs of the Jewish community”

At the age of 21, Ignaz Goldziher became a private docent of the University of Pest, the first one of the Jewish faith in such a position. He expected to be soon promoted to the Chair of Semitic Philology, as promised earlier by József Eötvös, but Ágoston Trefort, successor to Eötvös as Minister of Education and Religious Affairs offered the Chair to somebody else, and Goldziher could only become head of this department in 1905. (…) 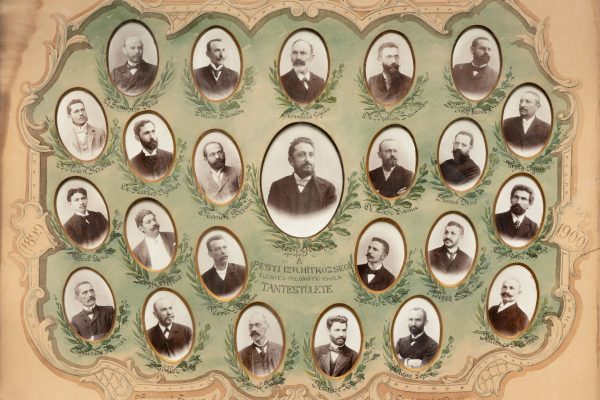 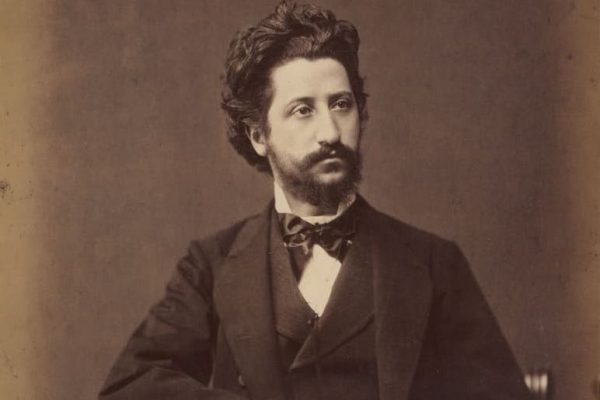 „He acquired fame, respectability and credit for Hungarian scholarship”

Goldziher’s relationship with the Hungarian Academy of Sciences began at a very young age, and proceeded along a reasonably balanced and smooth path. (…)

„A notable teacher of Semitic languages”

József Eötvös, Minister of Religion and Public Education, as early as 1868 had already envisioned Goldziher in the position of university professor, but after Eötvös’s death the young scholar who returned in 1874 from his Eastern study tour could only be appointed an honorary lecturer at the University of Budapest, because the promised chair had already been occupied by Péter Hatala. 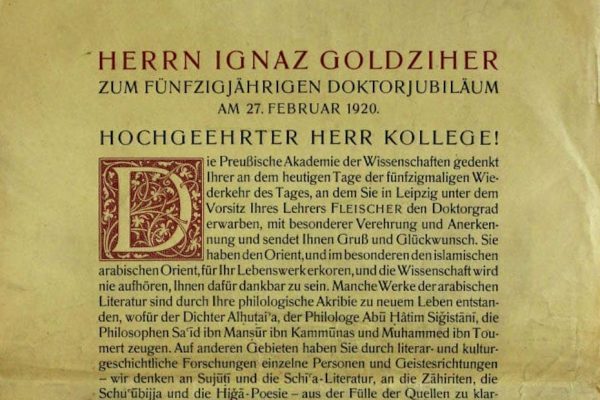 For Goldziher, who refused to leave his country even for the most enticing job offers, it was of the utmost importance to stay in touch with fellow scholars all over the world, with many of whom he cultivated close friendships. He was active in both correspondence, and conference participation, and encouraged his students to do likewise.

„… He left behind a name, which is still uttered with praises”

Even after his death in 1921, Ignaz Goldziher has maintained his position as definitive master of his speciality, and even today he is still considered to be one of the most influential European authorities. This is clearly evidenced by the frequent republishing and translation of his works and the references to them even in recent publications. 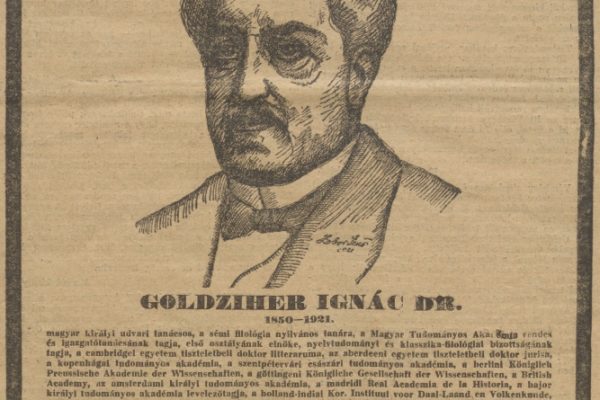